Is your favorite drug the Colorado River toad? 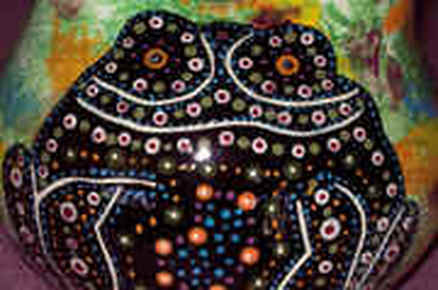 "Toad licking" or "toad smoking" are the terms that newspaper reporters attached to the ingestion of Bufo venom by users of illicit drugs. This was (and is) done with the intended purpose of getting stoned or high, or going into a trance in a Shamanic manner. (It is important to note that bufotenine- a minor constituent of all Bufo toad venoms - is not hallucinogenic.) In light of this, politicians and the courts stepped in to attempt to control this perceived drug-misuse problem.

In 1967 the Food and Drug Administration placed bufotenine in Schedule 1 of the Controlled Substances Act. Schedule 1 maintains that a drug (or plant or substance) shows no redeeming medical value, is too dangerous for human research, and has a high potential for abuse.

Bufo toads are well known as part of Shamanic rituals. No mention of the oral ingestion of toad venom exists in classic Shamanic literature, however, because the bufotenine present in the venom does not cause trance or mystical experiences, and both bufotenine and the hallucinogenic 5-MeO-DMT are inactive orally.[1] Also, 5-MeO-DMT is present in only one species of Bufo toad, Bufo alvarius.

Toxic reactions in human and lower animals are common, however, and include death (in animals) from oral toad venom ingestion.[2] Toad smoking and toad licking should be profiled and studied as two distinct activities. This is an important consideration, especially when studying media reports about toad licking, which involves the oral ingestion of the venom only.

The subject of these clandestine or cult-like uses of Bufo toads presents an interesting dilemma for researchers. The very nature of such activity makes open data-gathering troublesome. Anecdotal or word-of-mouth descriptions often prove invaluable for building a tentative profile of any illegal drug activity, or a legal but persecuted drug activity. This case involves alleged illegal bufotenine use and misuse, and legal but persecuted 5-MeO-DMT misuse.

From all this (but usually with little concern for scientific facts), the media continue to print "psychedelic toad" articles, thus continuing and sensationalizing age-old Bufo toad mythologies, including the myth that bufotenine is hallucinogenic. The focus of these many popular articles are on Bufo toads and getting high from bufotenine and its analogs. This is confusing, as only one of the analogs (not bufotenine) causes hallucination.

In the late 1960s, LSD evangelist Art Kleps founded a psychedelic church called the Neo-American Church. The church's newsletter was called "Divine Toad Sweat".[3] In 1984, Bufo toad evangelist Albert Most revealed his Church of the Toad of Light with his publication of the book Bufo Alvarius: Psychedelic Toad of the Sonoran Desert. The Sonoran Desert is in New Mexico. This small booklet details how to use the Bufo toad for ritual and pleasure, as well as how to catch the Bufo alvarius toad, extract or "milk" the glandular secretions, dry them, and "enjoy the smoked venom." Most's book claims that 5-MeO-DMT (5-methoxy-N, N-dimethyltryptamine) is the active hallucinogen, not bufotenine. He is correct, as 5-MeO-DMT is the O-methylated version of bufotenine.[4] Again, it is important to mention that 5-MeO-DMT is present in only one of the more than 200 types of Bufo toads.

Bufotenine is illegal to possess in the United States because it is a Schedule I drug, even though it is not psychoactive; 5-MeO-DMT is unscheduled and legal to possess, even though it is psychoactive. This makes 5-MeO-DMT potentially illegal in the US as an analog of bufotenine or DMT, by application of the 1987 drug analog act. Possession of only one type of Bufo toad (the type that contains both substances in endogenous forms) for the purpose of getting "stoned or high" or for sacramental use remains in legal limbo, pending legislative debate, which is ongoing at the time of this writing. Although seemingly farfetched, conspiracy to possess a (certain type of) Bufo toad may someday be a civil violation or a crime in the United States.


From personal email correspondence with Tom Lyttle in September 2002 regarding the debate as to whether bufotenine is hallucinogenic or not:

I [Tom Lyttle] wrote the lengthy paper on the toad with David Goldstein and Jochen Gartz. Ott's response to me is hilarious. First he says I'm unreliable because I never ingested bufotenine and I say its non-hallucinogenic, then Ott supports those who also have never taken toad venom but say it IS hallucinogenic. Think about the logic here.

I'm also wary of the uses of terms like "pharmacodynamics" (Ott is a great name dropper), by one person sitting in a cabin with no witnesses, let alone no lab equipment or scientific controls. By the way I'm on the editorial board of Entheos, a respected journal.

However I think the truth of the matter lays somewhere in between Ott and myself. I am looking forward to reading Ott's new book on snuffs, and then perhaps I will re-enter the debate on bufotenine.

I will be happy to admit I'm wrong when a few folks independent of Ott support or replicate his bufotenine claims with controlled experiments.

Regarding Ott, his work is outstanding and no doubt something happened when he ingested his bufotenine. It may come down to differences between us in defining the words "psychedelic" and "hallucination".

Anyhow it's a lovely debate that continues.

Tom Lyttle further elaborates on his position in an email in June 2003:

Regarding Mr. Ott, I don't take him too seriously, but you can print this letter if you want. I'm still saying the source of the bufotenine, maybe even the persons using it, connect to it's psychedelic or non-psychedelic, or deadly poison status. Ott tested bufotenine snuffs and plant versions only, not the rest of the world's bufotenine.

Ott assumes that various bufotenine molecules must be equal, according to chromatography and assay. He concludes that analysis of plant-derived versions apply across the board. This is regardless of synthetic, animal, human, mushroom or plant origin.

What he avoids mentioning in his book - even while attacking me - is that 100 papers from world-class chemists saw bufotenine a terms of poison, not psychedelic by any stretch - and they also used chromatography equipment to prove their case. Does Ott think Harris Isbell or Sasha Shulgin were pulling his leg in describing "purpling of the face" and feelings of "impending death". Rewriting Shulgin to suit, Ott changes the paper's tone emphasizing the words "showed psychoactivity", slanting things away from deadly poison. Shulgin definitely said and meant "poisoning", that's what his analysis showed. Ott says nothing of other major scientist's reports, especially the totally contradicting his snuff-sourced bufotenine as "psychedelic". Both sides used TLC equipment for purity standards, many did assays. The bulk contradict Ott.

The major assertion in my paper, which Ott again avoids commenting on, is that bufotenine is an alchemical, magical substance. It appears as panacea or poison according to hidden "alchemic seasons", it's source (toads, scientists in a lab, plants, mushrooms, schizophrenic's blood). Even the folks who handle it could play some role, according to shamans.

This is consistent with optical nerve damage, the theories of "hallucinatory constants". Such "constants" (square, checkerboard, filigree, etc.) which seemed specific to mescaline, got researched by early researchers like Heinrich Kluver. The theory was that "form constants" would appear when specific nerves in the eye got stimulated. This isn't hallucination however.

Photography effects were also seen by some, everything appearing as "negatives". Ott needs to read. Other forms of optic nerve damage or seizure, including optical migraines, match other bufotenine imagery. The bufotenine visuals reported by Isbell, such were quite pronounced, aren't found in Ott.

I'd even assay bufotenine according to circadian-rhythm theory, time of day consumption. The AMA recently ran ads for new circadian-based drugs w/ maximize effects, absorption, metabolism according to the time of day one takes the pill. Placebo theory might also be mentioned. Also, science papers on Ketamine and Salvia show dramatic differences in affect, according ingesting in light or dark. In the case of the totally hallucinogenic Salvia divinorum, daytime reports from user include "nothing happened". While night users reported, "I couldn't find the floor, dead Indians floated by, etc."

My paper was on toad bufotenine, Ott's studied Anadenanthera bufotenine. This is an important distinction lost to Ott. He may be reducing everything via chemistry, chromatography, assay agenda's. In my opinion the jury is still out BIG TIME on this whole affair, until a complete assay of bufotenine from all known sources appears.

Ott was dismissive, almost rude towards my bufotenine/toad paper in his "Shamanic Snuffs". Strangely, the bulk of this 22 page paper was on toad mythology, urban legends like "toad-licking" and biographic history. A smaller section included science and medical experiments, chemistry and pharmacology, most contradicting the psychedelic bufotenine idea.

I will admit to over-stating my case re: bufotenine not being psychedelic. I should have said "major science references contradict" instead of stating things as fact. Ott's brief nit-picking in his review was hilarious and almost sad. His seeing an obscure referencing omission as critical enough to rant on - all this in an article with 612 citations. What can I say? Dr. Shulgin was the peer-review editor assigned to me by the Journal Of Psychoactive Drugs.

Ott's long-nosed criticism of my paper says my work is "outstanding for its repetitive wrong-headedness". Says who? A bit premature, owing to the bulk of science still needed to set the issue to rest. No final word has appeared, regardless of Ott's dictums. New chromatography and assays are lacking re: the bulk of bufotenines from various sources. Ott proved that plant-bufotenine is hallucinogenic. He did not prove all bufotenine is hallucinogenic. Come back after you study the synthetic versions, toad versions, endogenous versions found in schizophrenics, mushroom versions, plus various salts. And explain to Shulgin where he went so wrong in his analysis.

I'll say I was wrong re: bufotenine being non-psychedelic - when I'm proven wrong. This won't be the case until after we see some comparative analysis. Plus see assays more creative (and more serious) than Ott's "bufotenine enema's".