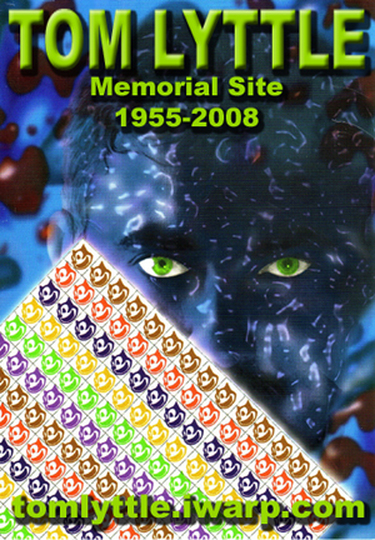 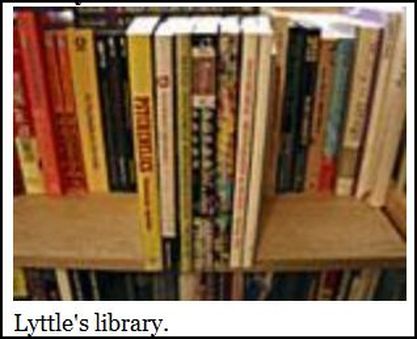 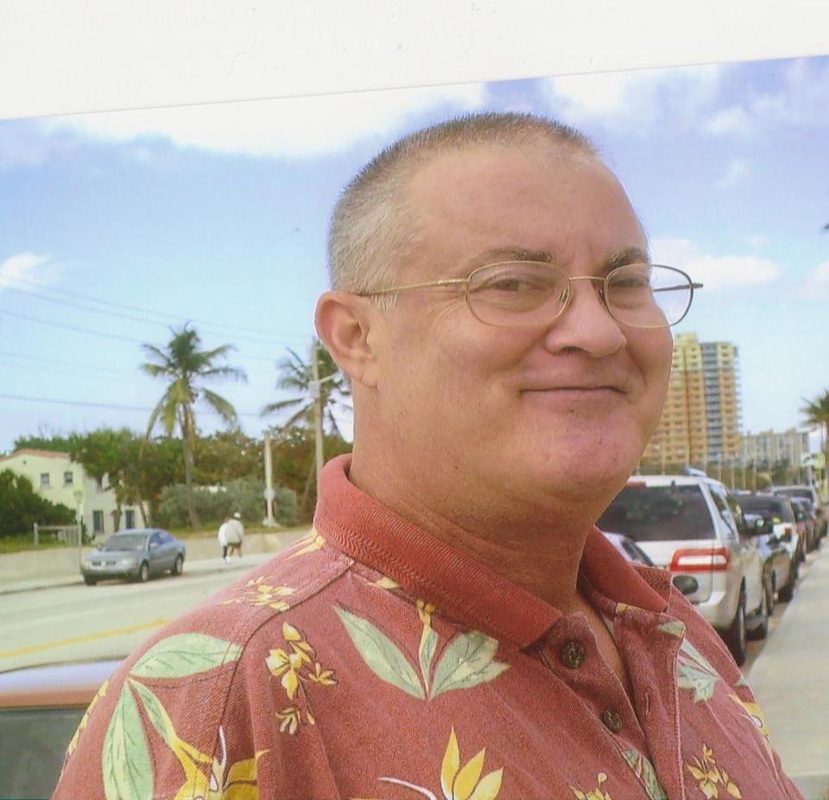 Thomas Lyttle published 8 books and 100+ articles for the scientific and popular press. His work centers on ASC (altered stares of consciousness) . These books include "Psychedelics Reimagined" (Autonomedia), Psychedelics: A Collection" (Barricade/Lyle Stuart) and others. Thomas Lyttle was admitted into "Who's Who In America" for his unusual and original contributions in publishing.

Tom Lyttle's work has appeared in peer-reviewed academic journals such as  "The International Journal of Addictions", "The Journal of Drug Issues", "Lucidity Letter" and many others. He has interviewed or collaborated with many of the great artists and writers of the 1960's and the 1990's "new-age" movement, including Allen Ginsberg, Dr. Timothy Leary, Ken Kesey, Ram Dass, Dr. John Lilly, Dr. Alexander Shulgin, Lisa Law, Dr. Annie Sprinkle, Peter Fonda, Robert Anton Wilson, HR Giger, Dr. Albert Hofmann and many others.

Mr. Lyttle also worked for 25 years as a professional chef in South Florida for many private clubs, yacht clubs, polo clubs and golf clubs. He was trained by an ACF (American Culinary Federation) "Master Chef - only 400 of these exist in the USA. He was also trained by Le Chaine de Rotissuere, the famous elite cooking society founded in 1200 AD. His chef background especially emphasizes "fusion" cooking such as Floribbean, Tex-Mex, Cajun and other peasant cooking. Tom Lyttle was also classicly trained in French, German, Italian, Spanish, English and other "continental" forms of haute cuisine. 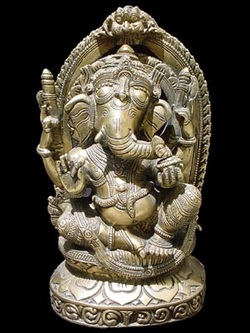 Lyttle, Thomas; PSYCHEDELICA MYSTICAE: White Light Drugs and the Search for the Pineal, (1994)

Abstract: This paper is the first thorough analysis of takini, a hallucinogen used by the shamans of several peoples in Suriname, French Guiana, and the region east of the Para in Brazil. The drug is contained in the latex of the Brosimum acutifolium tree, and until now, its psychotropic properties appeared inconsistent with the more general medicinal uses of the tree in the surrounding region.

Our chemical and botanical studies reveal that the active ingredient of takini is bufotenine; and that this compound is only contained in the subspecies Brosimum acutifolium Huber subsp. acutifolium C.C. Berg that is found in the same area of the eastern Guianas.

Abstract:  During the summer of 1988, a musical concert experience called Acid House arrived on the cultural scene in many British cities. The media created a frenzy of misinformation in reporting about the latest drug craze. Acid House music was then banned from the pop music charts, radio and television, and retail outlets. Some psychoactive substances have been bought, sold, and consumed at Acid House events, but drug use does not appear to be extensive. At the physiological level, the nature of Acid House music, especially the drumming aspect, seems instrumental in providing altered states of consciousness. At the interpersonal and social level, the set and setting of Acid House events further enhances and reinforces the specific physiological and psychological responses. The degree of acceptance by various subcultural groups may depend greatly on the amount of media and societal exposure given to it, particularly if authoritarian attempts to suppress it enhance its political or ideological aspects. Keywords: Music; Acid House; Media; Altered states

White Light Drugs and the Search for the Pineal, by Tom Lyttle
Integration: Journal for 'Mind-Moving Plants and Culture (4) 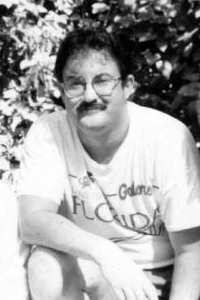 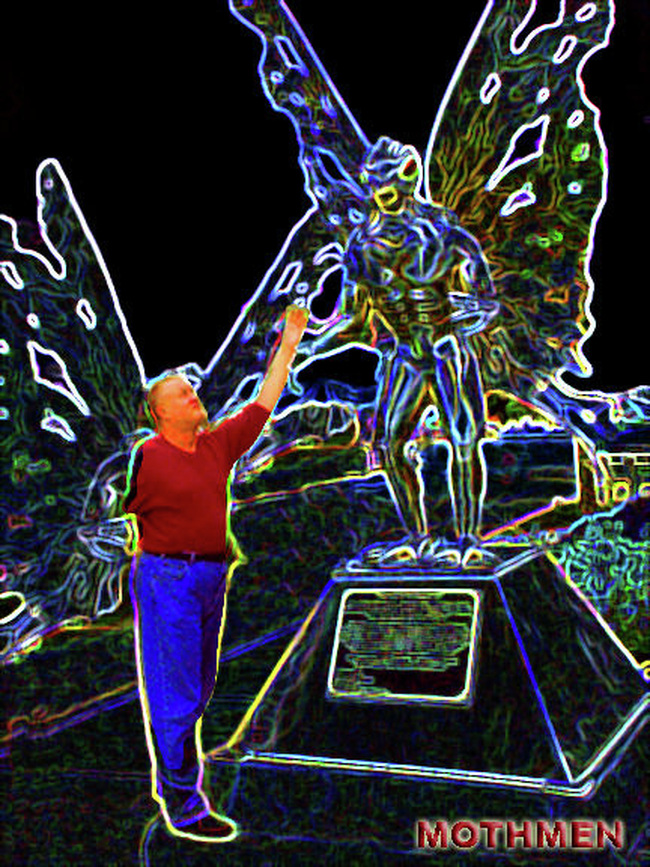 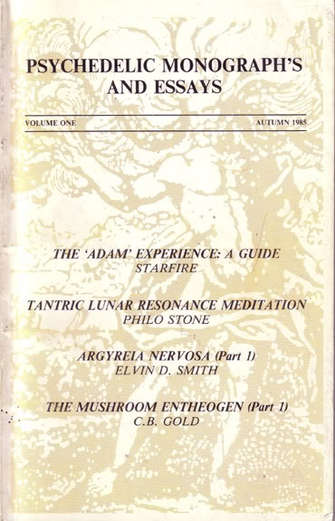 Can we out-trick the Trickster? Can we use our imaginations to cure the imagination?  Can we use magick? Through ritual? or even writing? The hermetic personality is the magician, the shape-shifter, the trickster even liar - the chameleon. Alchemy and magick were the psychological languages of the past. Synchronistic events are those subjective experiences that make up life's meaningful coincidences.  Hermes is the magician who has the ability to cross dimensional boundaries, as a mediator between the human and the divine, the personal psyche and the unconscious.

The Hermetica included works on magic, alchemy, astrology, healing, gnosis, theurgy, ritual and philosophy.  These texts were based on notions of sympathetic magic, that like substances sharing an essence could influence one another through resonance effects.  Likewise the hypnotic and magnetic qualities of charismatic individuals can create rapport with others to influence them.

Writing was originally a form of magic, an epiphany with the god and secret of the priests. It is perhaps mankind's most far-reaching creation, taking almost an infinite variety of forms. Many societies have created their own forms of conventional visible marks linked to spoken language.  No other invention but the wheel has had such a lasting impact. A holistic understanding of the universe presents itself to the mind through experience and is comprehended at the theoretical level through the activities of science.

We create myths to satisfy our need to understand our environment and to give us some sense of control over it, or at least an understood place within it. A given myth has stability (is an enduring structure of relationships of meaning) because it is adaptive psychophysiologically for an individual or social group. We need a way to make the myth real to us, and that is the fundamental reason why we connect ritual to our myths. One way of describing rituals, then, is that they are motor actions that seek to enact the reality of the mythic structure of meaning our brains instinctually produce.

The simultaneous strong discharge of both parts of the autonomic nervous system creates a state that consists not only of a pleasurable sensation, but, also, under proper conditions, a sense of union with conspecifics and a blurring of cognitive boundaries. Both meditation and ritual can lead to the spillover effect and the simultaneous discharge of the arousal and quiescent systems. But they come at the experience from different directions. Meditation begins with the quiescent system and by its hyperactiviation can achieve spillover into the arousal system (from trophotropic to ergotropic). Ritual approaches from the opposite system (from ergotropic to trophotropic).

Chemical investigations have confirmed lysergic acid amides are produced in several plants of the bindweed family including Baby Hawaiian Woodroses, which contain up to ten times the concentration of psychoactives as Morning Glories. Lysergic acid amides including chanclavine, ergine, isoergine and ergonovine are present in the psychoactive Argyriea species which include speciosa, acuta, bernesii, capituata, osyrensis, wallichii, splendens, hainanensis, obtusifolia, and pseudorubicundo, mainly concentrated in the seeds. The larger Hawaiian Woodrose, Merrimia tuberosa also produces such amides, but unlike the others it is not nearly as potent as the Baby Hawaiian Woodrose. --Psychedelic Monographs and Essays Thomas Lyttle, Editor/Publisher