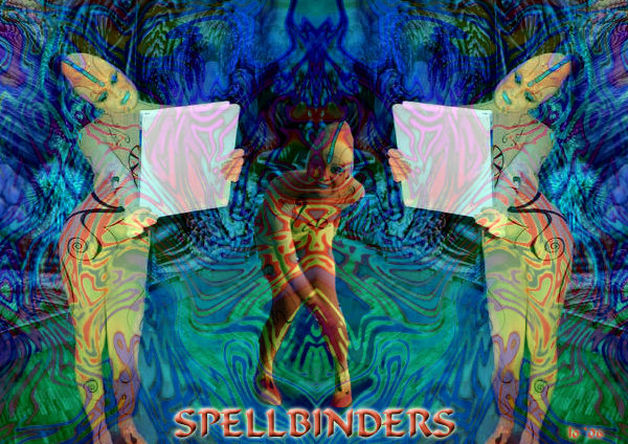 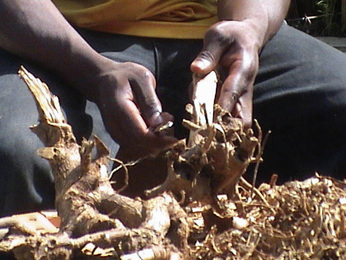 Ibogaine: Proceedings of the First International Conference, by Kenneth R. Alper and Stanley D. Glick (Eds) 2001. (ACADEMIC PRESS, 525 B Street, Suite 1900, San Diego, CA 92101-4495, www.academicpress.com), ISBN 0-12053-206-9 (6" x 9" softbound $79.95, 333 pp., alkaloid index and general index. I've had a long-standing interest in Tabernanthe iboga and ibogaine studies ever since I published the Goutarel, Gollnofer, and Sillans summary, "Pharmacodynamics and Therapeutic Applications of Iboga and Ibogaine," in my Psychedelic Monographs and Essays Vol. 6. This article collected everything known in English in 1993 about ibogaine research. Dr. Goutarel was the scientist who originally helped isolate ibogaine alkaloids in the early 1950s. Soon after this article was published, several books appeared, including The Ibogaine Project: Report on the Staten Island Project by Paul De Rienzo and Dana Beal (Autonomedia, 1997), and Iboga by Amon Knut ML (Maribor, 1994). And papers continue to appear in academic and medical journals.

Along with this glut of publishing came many mystical and romantic notions of ibogaine as an "addiction cure" (now called an "addiction interrupter"). Ibogaine achieved -- at least for a while -- postmodern 'soma' status. Soap opera camp -- as publicized by theHoward Lotsof/Deborah Mash "wars" surrounding ibogaine patents - appeared as an aside. During this tug-of-war, science continued onward. Research has been collected and serious science has evolved regarding ibogaine. Ibogaine: The Proceedings celebrates 40 years of investigations and evolving therapy regimes.

As with soma, ibogaine is a subject which deserves the higher ground, and this new book is written by the best minds available, with funding and continued research as its goal.IBOGAINE: THE FIRST INTERNATIONAL CONFERENCE was held in New York City in 1999, and this book collects the proceedings, plus more. Adding to pharmaceutical and toxicology research is new information regarding therapies that use ibogaine, including traditional Bwiti therapies, various encounter and shock therapies, dream therapies -- even amateur therapies using ibogaine in uncontrolled doses, based on self-help models.

What are the real issues here? One real issue is hard-core heroin and cocaine addiction and the hard-core shamanic cure -- a dramatic cure that imparts psychic powers on the survivor. Another issue is talking to the dead. A further issue is talking to angels and demons during the iboga visions. Let's not forget the issue of time travel, commonly reported. And the issues of heaven and hell, both of which open their gates -- what about this? And, oh yes -- somewhere in the midst of all this are the issues of neurology and brain science.

Many of the chapters and papers in Ibogaine: The Proceedings are highly technical, and deal with aspects of ibogaine's pharmacological and toxicological actions. Such include neurotransmitter activities, effects on neuropeptides, metabolism, excretion, and locomotor activity. Of interest to me however were the psychological papers studying ibogaine's effects on learning, memory, and EEG.Emmanuel Onaivi's chapter " Changes in Gene Expression and Signal Transduction Following Ibogaine Treatment" presents the startling fact that ibogaine can rewrite gene expression, which leads directly to voltage and electrical regulation through intracellular communication. Such cell cross-talk is connected to learning and the way information is gated or processed into memory -- something that is claimed to be observable in real time by some ibogaine trippers.

The chapter "Returning to the Path: The Use of Iboga[ine] in Equatorial African Ritual Context and the Binding of Time, Space, and Social Relationship" by James and Renate Fernandez is also important. JAMES wrote the seminal study -- Bwiti: An Ethnography of the Religious Imagination in Africa (Princeton University Press, 1982). The Bwiti are the celebrated African tribe that originally used the iboga plant in its occult ceremonies.

A cult within the Bwiti called the Fang is also mentioned. The Bwiti live partly in this world, and partly in a mythical land contacted by iboga initiates.

We also see reviews of Lotsof's NDA International and ICASH (International Coalition of Addiction Self-Help), a therapy based loosely on the work of Aldous Huxley and Dr. Timothy Leary. Dr. Deborah Mash and her ibogaine clinics in St. Kitts in the Caribbean are described. Dr. Mash is also famous at the University of Miami Medical School for performing a brain autopsy, seeking clues to ibogaine's inner workings.

Eric Taub's ibogaine sessions are discussed. Here we see less therapy and more shamanic ritual (similar to the ideals of the Bwiti). Myron Stolaroff reports on west coast therapy scenes and regimens, and his book 'The Secret Chief' is mentioned.

From the Netherlands we hear about DASH/INTASH, The Center for Addiction Research at Erasmus University and the work of Nico Adriaans, a field researcher studying street addiction and therapeutic communities. From Slovenia we hear about the work of Marko Resinovic, who founded theSlovenian Ibogaine Foundation in 1995. Worth noting is the pricing structure -- $200.00 for a gram of ibogaine hydrochloride with therapy, as opposed to several thousand dollars for the therapy of Dr. Mash or Eric Taub! Curious.

The section on Denmark describes interesting scenes alleged to have existed within CHRISTIANA, the anarchist "village" near Copenhagen. A 44 kilogram supply of ibogaine hydrochloride connected toChristiana was mentioned, circa 1981. This stash was code named " Indra" and used to treat over 1000 advanced heroin junkies in Christiana village. We hear of a gram of ibogaine hydrochloride going for $25 in Christiana....

Netherlands therapists worked with this same "Indra" supply for years, pricing therapy at $600.00 to $1000.00. In the United Kingdom, thanks to sales of The Ibogaine Story, and a video sponsored by the groupCures not WarsGreen political party, ibogaine therapy flourishes.

In Italy, Giorgio Samorini's work is mentioned, as are his forays into Bwiti Initiations. In the Czech Republic, it costs $500 for treatment with ibogaine. In France an actual "nganga" -- a Bwiti ritual guide -- officiated ibogaine therapy for $1000. (I published a photo of a Bwiti Nganga sorceror in my PM&E journal, replete with loincloth and bone pointing, once upon a time...) and promoted by the

In Africa, the home of the Bwiti and the iboga plant, we hear about Dan Lieberman, an ethnobotanist who was involved in arranging Bwiti ceremonies in Gabon (before his death in 2000). This section of the book focusses on medical and therapeutic subcultures -- something of relevance to readers of The Entheogen Review, because we are just that -- a subculture.

Ibogaine: Proceedings also shows time lines of ibogaine-related discoveries,and has a special index just for alkaloids titled "The Alkaloids, A Cumulative Index of Titles, 1950 - 2001." This includes references for syntheses of the active compounds in 'qat', Ephedra, ergot, and even rare amphibian spider-, and wasp-toxin alkaloids, as well as chemicals such as piperidine and morphine. This special index is an interesting addition to iboga alkaloid chemistry. A 10-page regular index rounds things off.

All in all, Ibogaine: Proceedings Of The First International Conference is a solid addition to the literature. The book is a welcome return to ibogaine science and resets ibogaine mythology with real world, modern practices -- both within the clinic and traditional Bwiti cults. This is a book that will serve the ibogaine community and psychedelic researchers for years to come.

Unfortunately, the book is somewhat expensive, at about $80 soft-bound. However, owing to the tremendous resources, networks, and histories pulled together here, we have a winner worth the dough.

Dr. Alper and Dr. Glick, I toast you. The Bwiti thank you, the spirits of iboga thank you, and patients thank you.

Amen and peace - Thomas Lyttle
Another interesting, if eccentric, hypothesis about the action of ibogaine was published in 'Green Egg' magazine, by Richard Alan Miller: "Normally the stages of wakefulness of the human brain are: normal waking state, NREM (slow wave or deep sleep), PGO (ponogeniculo-occipital) waves, and REM (rapid eye-movement or paradoxical) sleep. REM sleep is the period when most dreams occur. PGO waves are considered to be the principle coding tool that acts at the cortical level in recording the genetic/epigenetic acquisition necessary for the individuation of the human brain. In other words it is the software-writer aspect of the Self.

"In ibogaine therapy, while the patient is in the near-death dream state, the PGO brain pattern has been found to overlap the standard low alphoid brain state. This precipitates fundamental shifts in instinctual learning patterns, possibly the underlying cause of ibogaine's erasure of addictive behaviour patterns.

"In addition, through random activation mechanisms, PGO waves eliminate from certain types of neuronal networks an informational overload linked to pathological behaviour, thus 'cleaning out' the neuronal circuitry. REM sleep apparently includes a sorting-out and disposal process of the 'residues' stirred up by the PGO wave sleep pattern. The actual dream state could be considered the 're-boot' of the personality rewrite.