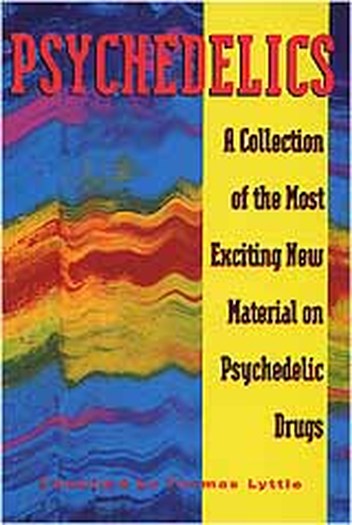 A compilation of articles published over the years in the six volumes of Psychedelic Monographs and Essays (PM&E) has just been released under the title Psychedelics. Tom Lyttle, the editor and publisher of PM&E, has done a great job as usual in putting together a "collection of the most exciting new material on psychedelic drugs" (as the cover blurb states). This brief report describes this important book, but it is not an actual review since I am also a contributor.

Since its inception, PM&E has shared with the world a variety of interesting reports, studies, reviews, and commentaries on psychedelic drugs and their appropriate use in society. It has represented an alternative to both the hard-core scientific literature and the subculture press (High Times and related magazines and newsletters) when it comes to discussing psychedelic agents. Open to a variety of approaches and investigative methods, nonetheless, it has also been rigorous and scholarly in its editorial policies and publication style.

Information and Ideas in "Psychedelics" Most of the contributions in Psychedelics come from Volumes #4 through #6 of PM&E, which are still available in print, but some of them come from earlier volumes, especially Volume #3 which was a special theme issue that is now out-of-print. Psychedelics opens with a foreword by Howard Lotsof of ibogaine fame and an introduction by Rick Doblin. While very different in style, these two leaders in the medical psychedelic movement present the reader with much to think about if psychedelics drugs are to become valuable therapeutic agents. Other contributions include the Riedlinger's "Seven Deadly Sins of Media Hype Considered in Light of the MDMA Controversy", Tom Robert's Grofian interpretation of Disney's Snow White and the Seven Dwarfs, and very interesting articles on lucid dreaming, Amazonian shamanism and the Ayahuasca experience, Castaneda, the synthetic drug U4Euh (also known as Euphoria, Intellex and by other names) and my contribution at the end which provides an extensive bibliography to the psychedelic literature. If you have not been in touch with PM&E, then this compilation is a great introduction. Copies are available from MAPS and the proceeds of their sales help to benefit psychedelic research.