"The "RX" sign seen on all pharmacies, is a prayer to Horus, the Egyptian God of Healing. Chemistry comes from Khem (Egypt). Alchemy - the father of psychedelia...from Al (God) Khem (Egypt).The war on drugs is really a war against "the pharmakoi" - a ritual scapegoated group represented in classic Greek theatre.  "Pharm" is the same in the Old Testament word "pharmakaia" or witch. Hence the war on drugs maintains elements of the witch-hunt, scapegoat and irrational hysteria - even mythologically inspired hysteria that will not go away. " 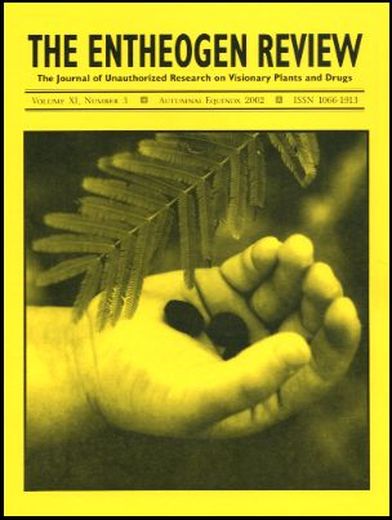 TOPICS INCLUDE:
The Entheogen Review: The Journal of Unauthorized Research on Visionary Plants and Drugs

This journal is a clearing house for current data about the use of visionary plants and drugs. Think of it as a community of subscribers seeking and sharing information on the cultivation, extraction, and ritual use of entheogens.
In a recent SteamShovel Press article, noted psychedelic researcher Tom Lyttle addressed the Holy Trinity Of Sixties Psychedelia: Leary, Castaneda, and R. Gordon Wasson, reflecting upon how these three seminal forces influenced & gave rise to the psychedelic anthropology that came into fashion during that era. Wasson, a much respected NY banker, left the environs of business to devote his latter years to the pursuit of the mysteries of the magic mushroom, traveling to Mexico where he was introduced to it's wonders by the healer-shaman Maria Sabina. Sabina--according to Merilyn Tunneshende--was also an intimate of don Juan. Lyttle notes the interesting and mercurial relationships these three wanderers upon the path of hallucinogenic illumination shared, often coming into conflict over their varied views of the psychedelic experience. Wasson felt that Leary at times was naive and reckless in his grandiose proselytizations. Conversely, Leary must have felt that Wasson was a bit of a scholarly stuffed shirt, lacking in mental flexibility. What's funny is that this is much the same way The Merry Pranksters viewed Leary once upon a trip, when the Kesey clan attempted to raid his research facilities at Millbrook, and the good doctor refused to party with The Pranksters since he was too busy with some sort of scholarly psychedelic experiment. Perhaps this is the same apprehension of Leary's that turned him off to Castaneda; the fear that he was in the company of a trickster who was cleverly involved in some sort of role playing mind game. As for Castaneda and Wasson, the two met on a couple of occasions, and afterwards exchanged several letters over the years. Throughout it all, Wasson remained highly skeptical of Castaneda's claims. After his initial reading of The Teachings of don Juan, Wasson stated that he "smelled a hoax." 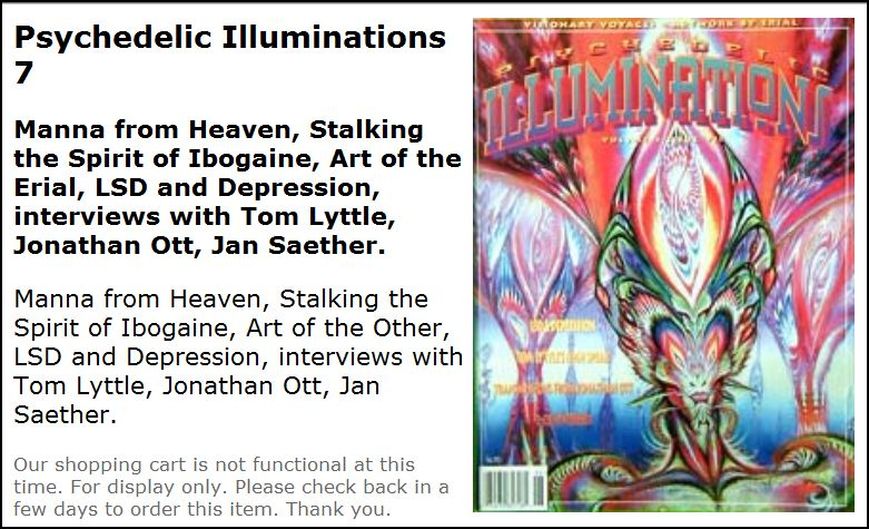 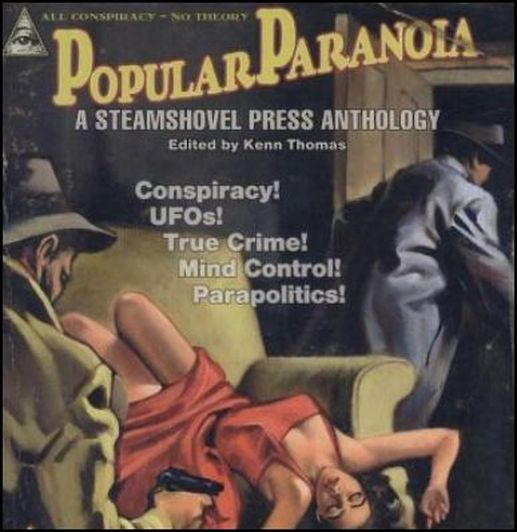 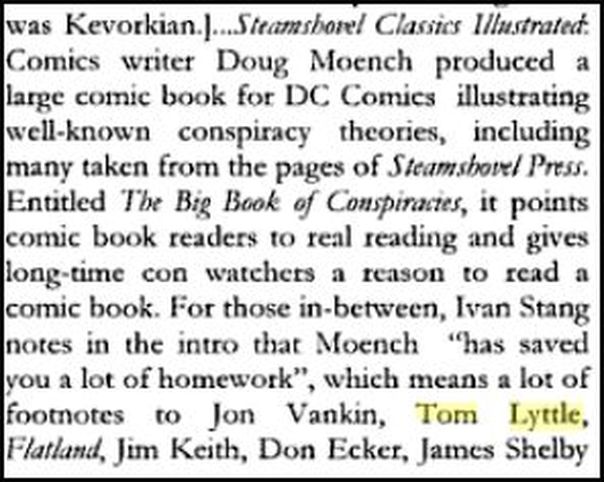 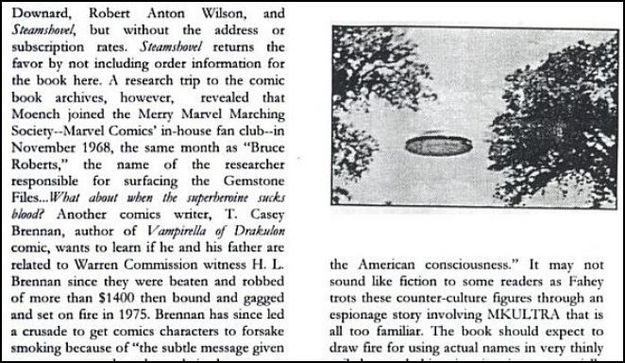 "Suffice to say, The Secret Chief is the story of a great man whose story has come due. "Jacob's" influence on a great part of psychedelic thinking is unquestionable and seminal. Our laws must eventually loosen up regarding the uses of psychedelics in therapy. It is hoped--like "Jacob" in this book--more and more of the unsung heroes of the psychedelic movement will be showcased. Applause to Myron Stolaroff for bringing this story to light, and for revealing the hidden history of psychedelic therapy and its elders. Applause as well, for donating all the proceeds from this book to psychedelic therapy. I would recommend picking this fine book up. I was definitely inspired and encouraged by it. This tale needed to be told, and the author did it in a fine style. Bravo...!"--Tom Lyttle