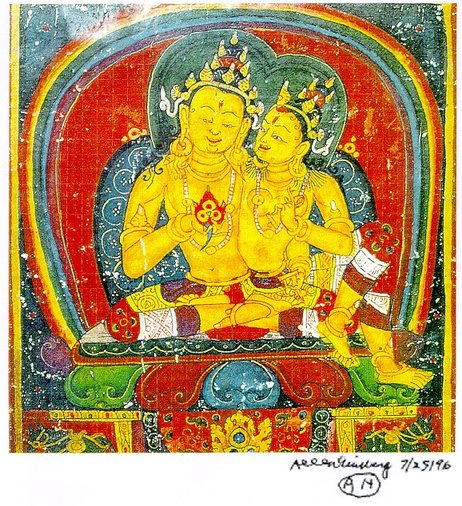 It has been noted that both lucid and non-lucid dreams have developed an untrustworthy or illusory reputation among some cultures. Elements of superstition and/or fear have been woven throughout even our own culture’s attitudes. A more traditional example of this might be found in Chinese Taoism and alchemy. Chinese Taoist Master Chuang Tzu (300 B.C.) was one of the first to express personal apprehensions or confusions regarding personal lucid dreams and fantasy. He wrote of himself:1


The goal of regulating or accomplishing more-perfect mind states - at least so far as Chinese Taoism has demonstrated - included the elimination of many regular dream faculties and ideas, as well as the many para-lucid and lucid dream states.


…(the practicer) should guard against any drain of the positive principle at night. I urge all serious students to pay particular attention!


…He should know that all diligent practicers are FREE FROM DREAMS. The Tang Ching says:

The perfect man is free from dreams.

Another fine reference on Chuang Tzu might be Chuang Tzu: Genius of the Absurd by C. Waltham (1971). Ace Books, 400 pp. Chuang Tzu was part psychologist, part philosopher, part magician, and part vagabond Bohemian. The Ace translation was done by Legge from Vol XXXIX and XL of the Sacred Books of the East edited by M. Muller; Clarendon Press Oxford (1891).

Translator Lu took Ch’ens century-old texts (in code) and gave them exposure in the West. The oral tradition is still needed even after reading it all. Lu’s teacher was Ch’an Master Hsu Yun, the Dharma successor of all five Chan sects in China.

There are four categories of good men who are free from dreams...the perfect, the immortal, the saint, and the sage (p. 95).

Should one desire to, then what would be the procedure to gain personal independence from both lucid and non-lucid dreaming? In the Chinese-to-English translation, Lu Ku’an Yu offers Master Chao Pi Ch’en’s points concerning detrimental emissions and psycho spiritual energy releases coming from fantasy, lucid/non-lucid dreaming, and creativity when used without forethought or value. Chao Pi Ch’en explained the dangers, especially for the conscious alchemist or mystic attuned to subtle physiological processes:

therefore, ALL DREAMS ARE UN-REAL except that of emission which is followed by the discharge of the generative fluid

If the practitioner wants to overcome drowsiness in order to be free from dreams, he should use the method called “coiling up the body into five dragons” which will stop his drowsiness and put an end to his dreams. As a result, he will no longer worry about the most precious thing ... that preserves life.

He will then be able to sublimate the generative force into the bright pearl (p. 94).

To achieve this body (the body of five dragons) he should rely on the four-fold alchemical process of breathing - inhalation, exhalation, ascent, and descent which produce the immortal breath which is independent of breathing through the nostrils or mouth (p. 95).

In addition to special breathing techniques, applications of specific Mudras or physical meditative positions or postures was prescribed. The author offered other examples.4

Other similar applications using the same coded Five Dragons symbology included its combination with yoga Mudra (posture) and coordinations of mind and neurology.

The hidden symbolism protecting the alchemy is prevalent throughout:

If the practicer does not know the methods of Five Dragons Upholding the Holy One; or of sucking; pressing; pinching and shutting and of spirit lifting the goat-cart, etc. The immortal seed will not follow the correct path . . . (Ch’en (with Yu) p.140)
4Ibid; p. 94.

The alchemical use of the term Dragon, especially in the Chinese, refers to the Universe generally. Typically herein it applies to ideas of: dynamic vitality; psyche; spirit; essential nature; living spirit, etc. Similar also to Yoga’s prana, Reich’s orgone, etc.

A method which consists of ‘composing’ ones’ head (i.e. putting it in a comfortable position, etc.), curving and reclining the body on either side - like the coiled length of a sleeping dragon, or the curved body of a dog. Bend one arm for a pillow while stretching the other to place a hand on the belly, Straighten one leg out while bending the other. Even the heart is immersed in sleep. The pupils of both eyes should be drawn close to each other for pointed concentration on the great emptiness so that in the condition of utter stillness the vital principle returns automatically to its’ source - under the navel. Breathing continues normally and so is self-regulated; and the vital breath is brought under perfect control. This method of sleeping will BANISH ALL DREAMS.

An alternate method of clipping, under-cutting, or even banishing specific dream mechanisms has also been documented in sorcery, as developed and used by the nefarious Cult of the Ku5.Two initiate-priests, Witch Paterson and Austin Spare, incurred what would otherwise be painted as dark-magic/black-magic, As recounted in, occult author Kenneth Grant’s, Cults of the Shadow (1976):

A secret session of the Cult of the Ku was witnessed by Spare. Spare’s experience is of particular interest, by reason of its close approximation to a form of dream-control into which he was initiated many years earlier by W. Paterson (p. 202).

The black adepts of the Ku Cult worshipped a serpent-goddess who existed in this world through a woman highly dedicated to the cult. During occult ritual she would throw off her animal mask and become possessed. She would “emanate” or resonate psycho-spiritually.6

as multiple forms of the goddess as sentient shadows endowed with all the charms possessed by her human representative. The “shadow-women” impelled by some subtle law of attraction, gravitated to one or the other of the devotee’s who sat in a drowsy condition around

Sexual “congress” with these “shadows” occurred


It was the beginning of … sinister dream control …

The Ku (as in Cult of the Ku) has several meanings in Chinese. In this case it applies to a specific typology of dark sorcery or witchcraft. It also can cover Ku: Harlot of Hell; Succubus. This sorcery deals with inverting normal libido processes/sexuality and using the loose psychosexual energy much like one might use electricity or force of an explosion.

Grant, Crowley, Spare and others practiced vama-marg or left-handed Tantra which

The mechanics of dream control are in many ways similar to those which effect conscious astral plane projection, etc. My own system of dream control derives from two sources - the formula of eroto-comatose lucidity discovered by Ida Nellidoff and adapted by (Aleister) Crowley to his own sex-magic techniques7

Sleep would be proceeded by some form of Karezza8 during which a specially chosen Sigil (drawing) symbolizing the desired object is vividly visualized. In this manner the libido is balked of its’ natural fantasies and seeks satisfaction in the dream-world. When the “knack” is acquired the dream will be extremely intense... (p. 203).

The importance of this formula, one which is focused on the potency of thc transference of the Sigil, is in moving it from the wake-world through and into the astral planes, and into various lucid dream realms.

Were one to create and use a Sigil drawing containing elements of self-disintegration, chaos, entropy, or self-replicating “viral forms” which can exist astrally as well as physically they might powerfully effect different dream realms. If Spare’s Cult of Ku, spell-casting can be believed, then it would be possible to literally dissolve or reform lucid or non-lucid dream worlds. The understanding alone that such processes may be real and seem to be used with lucid-dream landscapes should be of considerable curiosity, to lucid-dream investigators.

Crowley developed eroto-comatose lucidity as a sexual meditation to enter the astral and lucid-dream realms through an inverted yoga. This method will allow access to lucid dreams but for shorter duration. The same psychosexual mechanism - displaced libido increases information flow; setting a symmetrical order to what is usually vortex or anima-mind holography.

Karezza occurs in Grant’s book defined as: the retention of semen is a concept of central importance to certain Tantric sects and ideas. The idea being that bindu (the seed) then “breeds astrally - not physically ... and entity is bourne on the astral plane. (Grant p. 204)

Karezzaby J. William Lloydes (1931) continues in title as: Method of Magnetation or The Art of

Connubial Love published by Health Research (1964), 68 pp. This is less auspicious and bent

loose libido in need of an owner makes an interesting effect such as IQ-raise spiritual rejuvenator, etc.